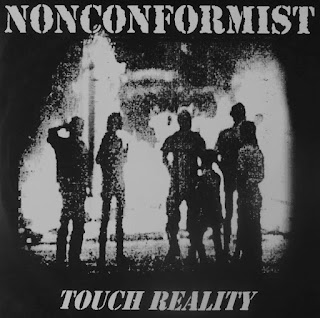 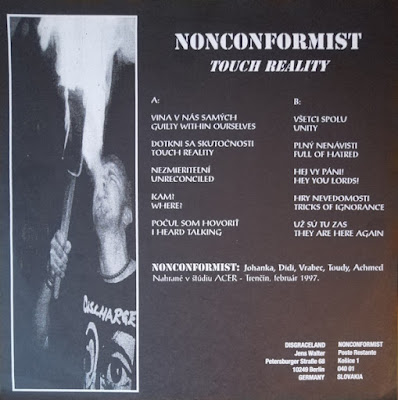 Email ThisBlogThis!Share to TwitterShare to FacebookShare to Pinterest
labels NONCONFORMIST 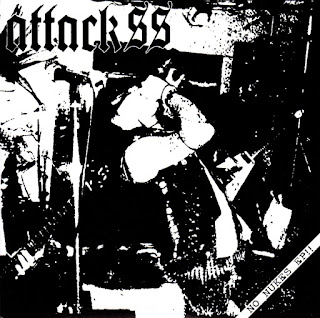 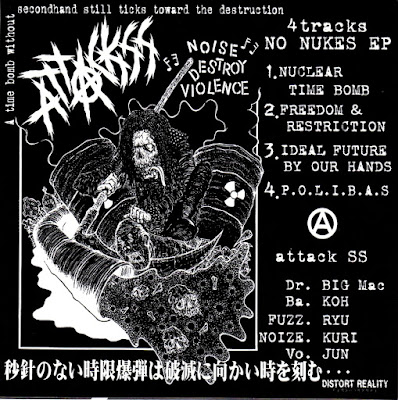 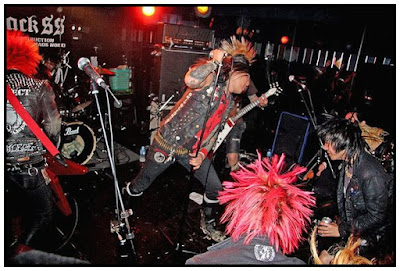 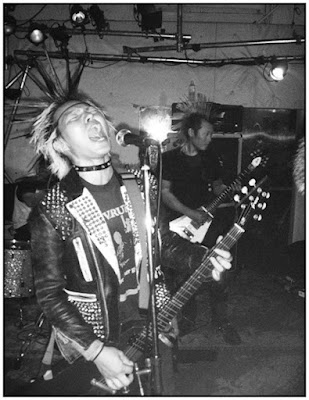 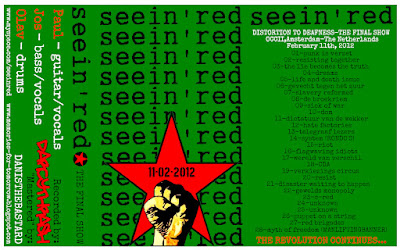 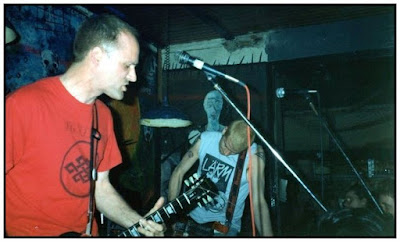 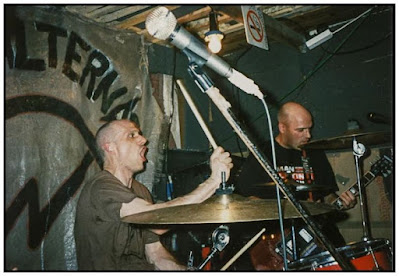 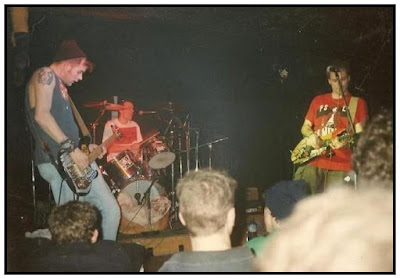 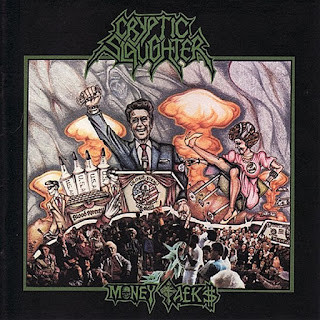 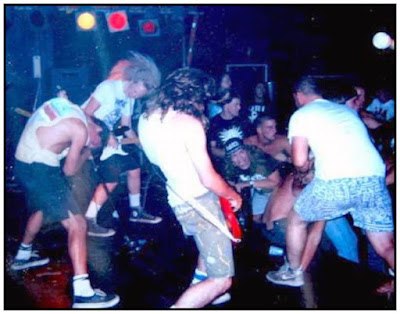 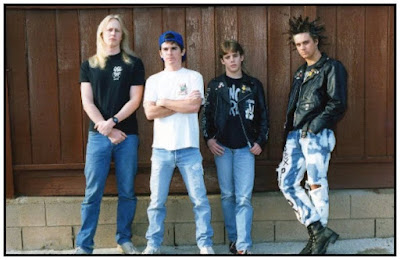 This was my 30th time in a row at the Monteparadiso festival, so I guess I’m not  the right
person to write a report, but here we are.
This edition of the festival had to be somehow special, it should have had more bands,
more days, more distros… At the same time nobody knew what this Summer will be like
in concern of the pandemic measures.
Many bands gave up and canceled for various reasons - there were tour cancellations,
sickness, holidays, new album plans, etc. - but there’s always a cue for participating,
everything turned more local and just fine. The idea was to have two days on a smaller
floor with two or three bands per day (let’s say, a normal gig), and then three days on
the big stage with six bands per day.
The first day (August the 2nd) rocked hard with Storm[o] (Vicenza, Italy), Golpe (Milan, Italy)
and Scarecrow (Raleigh, USA). Storm[o] had a more modern, sometimes emo sound,
while Golpe and Scarecrow had the old school d-beat hardcore punk sound that has a
good reception in Pula. The crowd was bouncing really peacefully and the whole atmosphere
was totally positive. People coming from other towns noticed that there are many young people
in the crowd from Pula, which is the opposite of the greying tendencies in the DIY hardcore punk
scene worldwide (yes, we are old). I don’t look at my usual environment that way, but yes,
the changes in the generations in the Monteparadiso crew makes me proud and makes me think
that nobody is trying to usurp the scene forever, be the coolest forever, everybody is contributing
and there is intergenerational respect. I really believe that.
On the second day there were two bands of completely different genres.
Fonjatura (locals from Pula) did some punk rock, and the legendary Extreme Smoke 57
(Nova Gorica, Slovenia) did some grindcore. Fonjatura, as locals, had a great following of
young punks that weren’t deterred by a longer pause when a guitar string broke. Extreme Smoke 57
started well, but stopped the gig way before they intended, probably because of some alcohol
misunderstandings in the band. :)
There was also a small exhibition in the afternoon at the fort Casoni Vecchi in the neighborhood
Vidikovac (in Italian “Monteparadiso”) where it all started and where the festival was taking place
until 2001. It was an occasion to meet people that had something to do with Monteparadiso in the
last 30 years. Many came with their kids, and many of their kids were involved in the organization
already.

Day three started on the big stage with a new local band - Liquid Supercharge -
formed by the kids from Fried Brain, Fonjatura and Immobile. A really nice speed rock
that delivers live as in the studio. After them came Kombinator, a punk rock band from
Zagreb that still needs some more rehearsal time. I knew Mižerija from their tape,
but never saw them live, and they were a nice surprise. I heard some protested, like,
it’s not punk, but it is, they remind me of Cocaine Piss. You like it or not, it’s up to you.
After them came Sick Crap, the well-known locals, they made a feast with inflatable beach dummies,
ending with a wall of death. Medo (vocals) is a great entertainer. The Rules were as a band should be,
as a friend of mine once said when they played in Monteparadiso Underground. Since they don’t meet
often, they had to have rehearsals at the Monteparadiso rehearsal room the day before the gig.
Slovenian raw and pure hardcore punkers Hak Attack ended the third festival night by leaving
the crowd hungry for another festival day (well, another two). By the way, the drummer of
Hak Attak is also the artist for this year’s poster.


Caloris Impact from Graz (Austria) opened day four. A classic hardcore punk band with
a touch of spirituylity and social engagement. At the beginning the crowd was a little bit
sleepy but woke up by the end of their show. Heihaizi (Zagreb, Croatia), with members
from Eke Buba and other bands, took advantage of the situation and made the crowd
dance to their American punk and garage blend. The Truth, a band with members from
Serbia and Croatia, continued with their politically and socially engaged hardcore punk.
They also didn’t meet for a long time (the two pandemic years) and had rehearsals in the
Monteparadiso rehearsal room. You couldn't tell that they didn’t rehearse for two years.
The Polish band Bunkier had a slower punk rock set, reminiscent of bands from Poland
from the past. They changed the usual rhythm of the festival, slowed it down. Rat Cage,
the British band of the moment, gave their UK hardcore punk vibe to the crowd.
You can’t go wrong with them, just power and speed. At the end, Aktivna propaganda
from Ljubljana (Slovenia) made a memorable gig, with flares. They played as usual “Recimo ne”
by Spiridon Mekas Crust as a tribute to Pula Punk, which made me kind of proud.

The fifth and last day was opened by some (as I see it) modern, more mosh, hardcore from
Serbia - Bronze. I can tell there was a lot of energy right at the beginning of the evening.
Bait from Barcelona were a great positive surprise, hardcore as it should be, and as the locals like it.
Statico from Serbia also delivered some good hardcore vibes, and then came
Agregat (Slovenia/ Croatia) who really wrecked the crowd with inflatable dummies and a wild show.
From the Swedish Asocial people couldn’t expect anything less than classic Scandinavian d-beat
as it is presented in schoolbooks. Scheisse Minnelli closed the festival with a wild chaotic
California style hardcore, with jumps and all that goes with that. The feast went on until noon
and beyond. I just had to go to sleep.
I shouldn’t forget to mention all the distro stalls, live silkscreen printing and all the people that
come to meet at the festival. Usually, I wait until it is too late to buy a record, but then I buy it
next year, but this year I bought two on time. Locally, 30 years ago there wasn’t such a
possibility to enter in a place and exit with all the hardcore punk gear 😊
We also noticed less tents, and less people on the front stairs of the Social center Rojc,
but the number of people was the same as always. I guess more people rent tourist apartments.
So, the torch is passed to the third generation of Monteparadiso, next year will be the 31st edition
and I hope the young will keep it forever alive. They will pass it to the fourth generation,
I’m sure.
Edgar Buršić 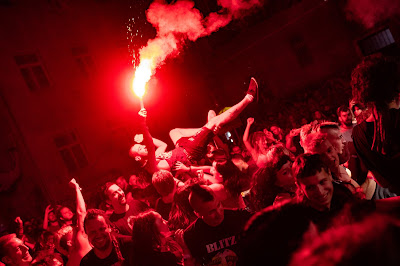 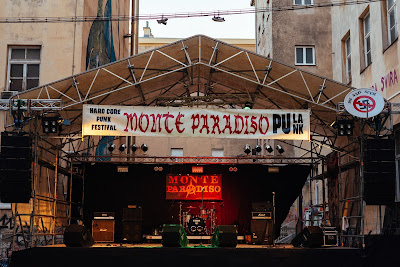 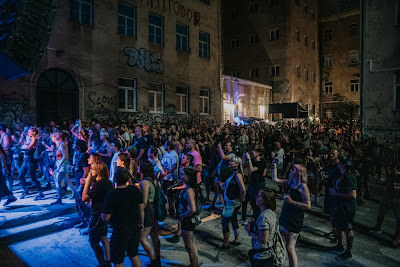 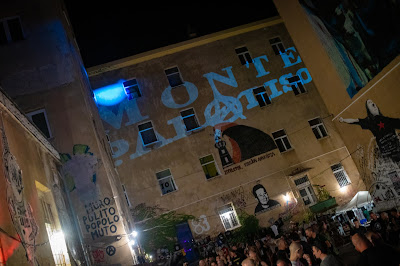 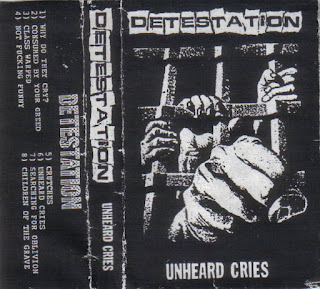 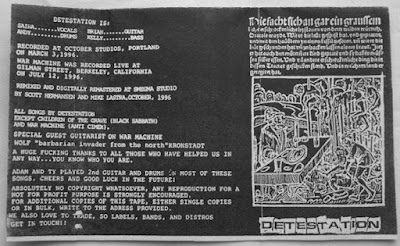 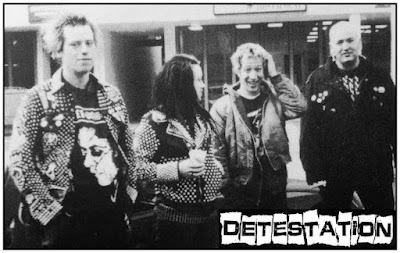 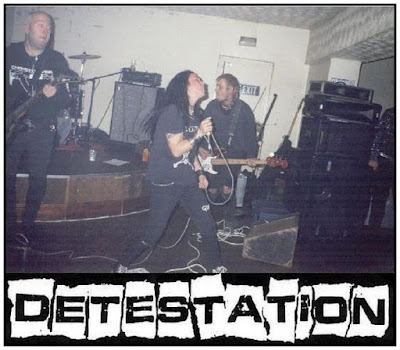 Email ThisBlogThis!Share to TwitterShare to FacebookShare to Pinterest
labels DETESTATION 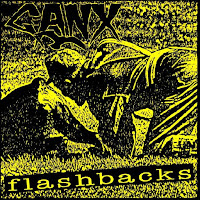 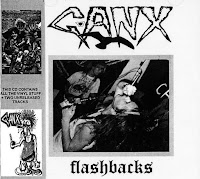 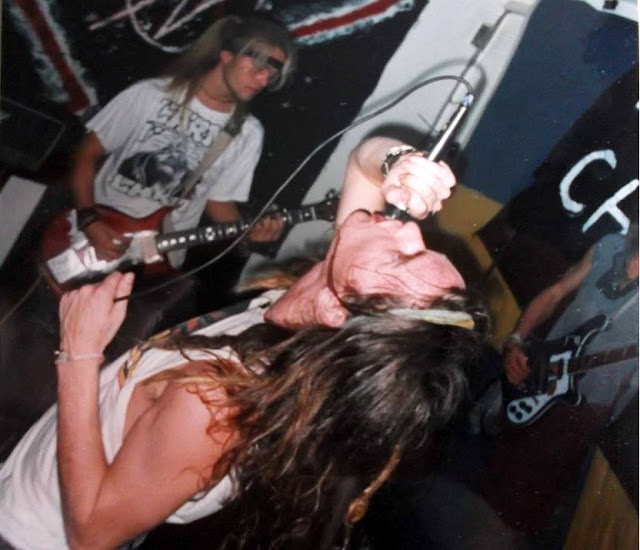 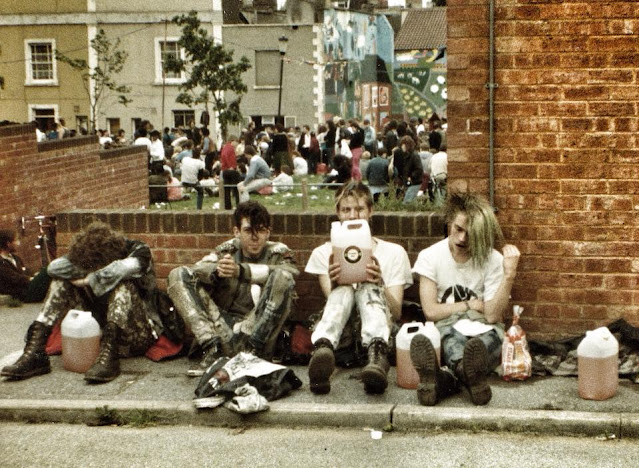 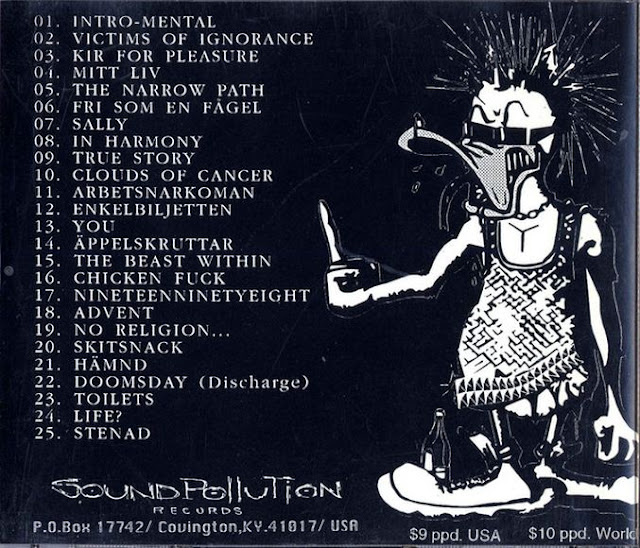 Email ThisBlogThis!Share to TwitterShare to FacebookShare to Pinterest
labels G-ANX 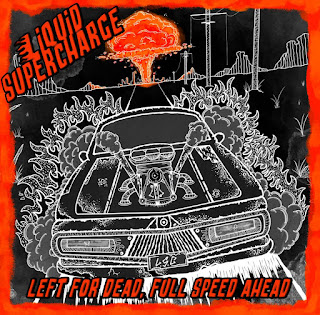 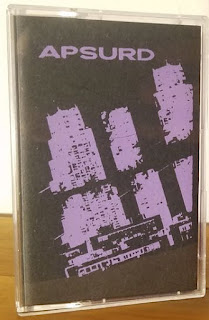 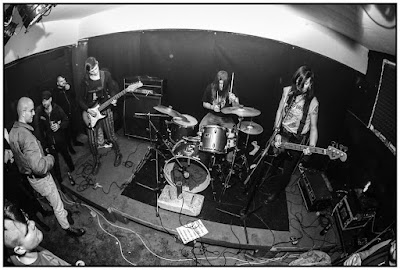 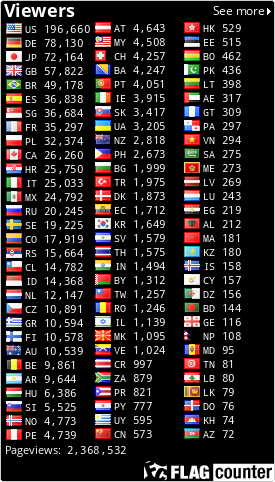